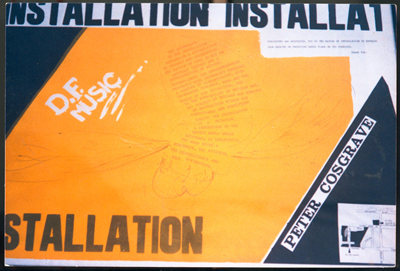 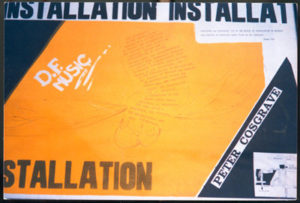 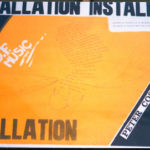 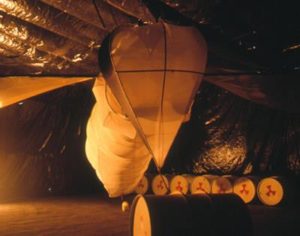 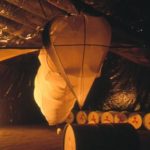 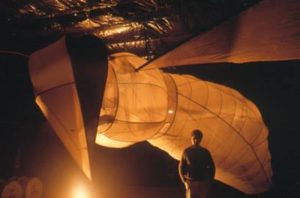 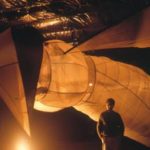 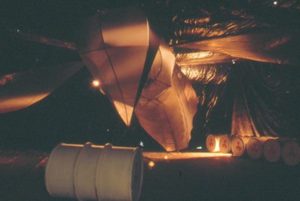 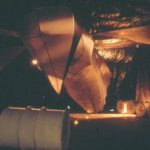 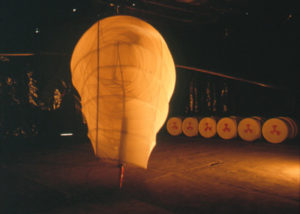 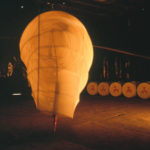 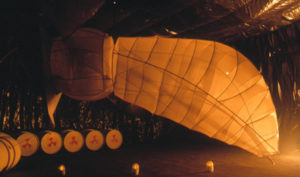 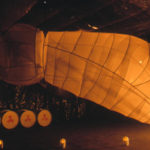 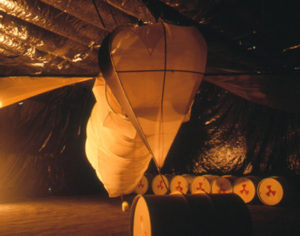 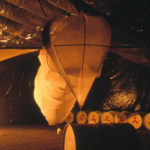 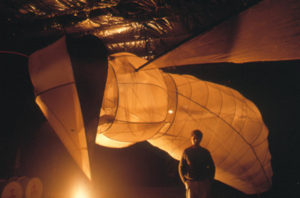 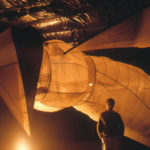 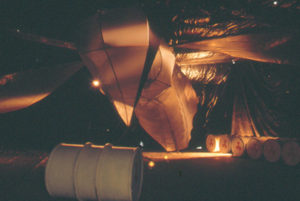 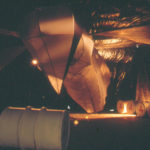 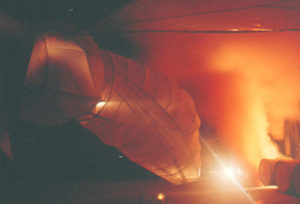 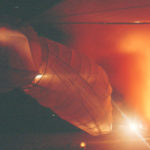 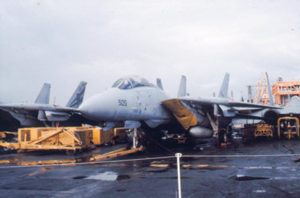 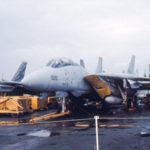 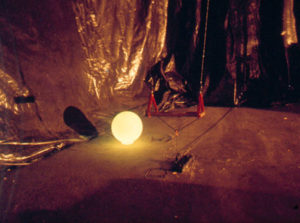 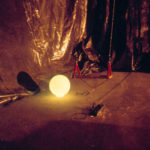 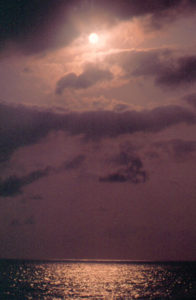 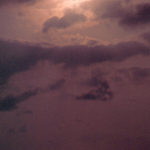 WASP, 1985
10m x 6m
Steel/ polyester/ nylon/ plastics.
The installation WASP 15m × 10m, was a darkened space, on entry a green globe lit up the swing with the sound of a heartbeat.
Once spectators sat on the swing the heartbeat sound, altered into a machine gun, scanner lights revealed the wasp.
The swinging motion caused the wings to flap assisted by a pendulum, the wasp sting also protruded
When the sting hit the ground, smoke flares were released, trapping spectators within the space as sound turned into sirens.
Spectators panicked, they had difficulty finding the exit…….
The installation was built during the “star wars program” US and Russia, Regan, and Gorbachev.
The WASP is an attacker, self-destructive.
“We Are Stupid People”. The acronym WASP is also ‘White Anglo Saxon Protestant”.